This case involved a fatal vehicle accident in which alcohol was suspected as the cause.  A blood sample was taken at 1:50 a.m.  Even though the officer went back to the police station to complete paperwork, he kept the sample in his cruiser until his shift ended at 6 a.m. when he mailed it to the crime lab.  The lab test showed Baker’s blood alcohol level to be .095, over the legal limit of .08.  The regulation stated “while not in transit or under examination, all blood and urine samples shall be refrigerated.”  Despite the fact that the sample was not in transit or under examination, the Ohio Supreme Court held that failure to refrigerate the sample for 4 hours and 10 minutes was substantial compliance in this matter.  Therefore, the evidence was not automatically suppressed for failure to follow the rule.

Justice O’Neill, in his dissenting opinion, criticized the opinion of the court when he stated it was “outrageous that the General Assembly assigned to experts the task of setting rules to ensure that accurate test results are admitted in drunk-driving cases only to have the rules ignored.”  He further exclaimed “One man lies dead and another man faces a lengthy prison term if convicted of drunk driving.  This is no time to be treating the rules regarding admissibility of evidence lightly.”

Attorney Daniel Gigiano agrees with Justice O’Neill.  The rules are there for a reason.  Essentially, somebody determines the procedures necessary to properly preserve evidence.  Having such rules in place avoids having an expert testify in every case to explain how to preserve evidence.  Daniel Gigiano has to wonder if the blood sample in this serious fatal DUI case was truly reliable.  However, the Ohio Supreme Court did not see it that way and that high court is the last word on legal issues unique to Ohio.  Of course, the United States Supreme Court may occasionally touch on federal limitations to Ohio issues.raph here.

The United States Supreme Court held that sobriety checkpoints are valid.  In their decision, the Court found that the intrusion and inconvenience to individuals who are stopped is outweighed by the government’s interest in restricting drunk driving.  Ohio courts determined that there are four factors to determining the legality of a sobriety checkpoint:  (1) a checkpoint location must be selected for its safety and visibility to oncoming motorists; (2) adequate advance warning signs illuminated at night, must timely inform approaching motorists of the nature of the impending intrusion; (3) uniformed officers and official vehicles must be in sufficient quantity and visibility to show the police power of the community; and (4) policy-making administrative officers must make a pre-determination of the roadblock location, time, and procedures to be employed, according to carefully formulated standards and neutral criteria. 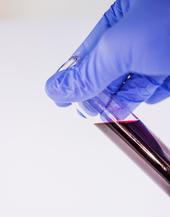 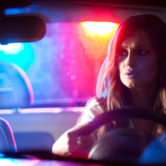 What is OVI in Ohio?  Attorney Daniel Gigiano typically uses the term DUI in his articles because that is what most people commonly call the offense of driving under the influence of alcohol.  Even Ohio lawyers loosely use the term DUI, rather than the official term of OVI.  DWI is typically recognized as an outdated term by both laypeople and professionals.

What are DUI, OVI, DWI, and BAC in Ohio?  DUI is driving under the influence.  DWI is driving while impaired.  DUI and DWI are acronyms that are no longer used in Ohio since Ohio enacted a law in 1982 that refers to driving under the influence of alcohol or drugs as OMVI or “operating a motor vehicle impaired.”  But, what is OVI in Ohio if OMVI was the official term at one point?  When Ohio removed the requirement that the vehicle be motorized, the offense was shortened to OVI, or “operating a vehicle impaired.”  This leaves us with the term BAC, which is still alive and well today in the law.  BAC refers to blood alcohol content.  In Ohio, it is illegal to operate a vehicle with a BAC of .08 breath alcohol content or greater.  If the driver is under 21 years of age, the legal limit is as low as .02 breath alcohol content.  For many people, that can be reached with as little as one drink within the hour before testing.Type your paragraph here. 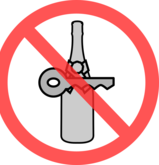 Ohio’s laws for operating under the influence of alcohol (otherwise known as OVI or more commonly known as DUI or DWI) have changed over the last several years.  First, a test result of .17 or greater doubles the minimum incarceration period.  For example, a first time OVI conviction would normally carry a minimum sentence of three days in a driver intervention program or jail.  A high test result would double that minimum sentence to six days in jail or to both three days in jail and three days in the driver intervention program.

Ohio also created a new criminal offense for refusing to take the breathalizer test.  If a person arrested for OVI has been previously convicted of an OVI within twenty years and refuses to take the breathalizer test, that person can be charged with a separate offense of refusal.  The minimum incarceration period for a refusal are twice as much as those for the OVI conviction. 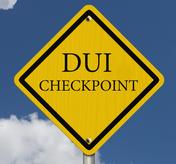